The title of this post is imperfect. It should rightly be worded ‘How I became aware of my masochism’, but that’s not as snappy or satisfying, is it? I cannot really be expected to explain fully where my masochism comes from, or how and why it first developed. To do so would require taking myself apart and studying my components with an impossible detachment from my personal biases. Realistically, I can only hypothesise on these matters by tracing its emergence over my years of sexual awakening and estimating, in that light, what appeal it holds for me. And that is what I shall try to do in this post.

My masochistic tendencies, as distinguished from my sexual desires in general, were first excited in the classroom of my high school, and more specifically by a girl we will call “Mandy”.

Mandy was something of a bully. Not a terrible one, you understand. Not the kind we read of in disgust in the newspapers following some poor adolescent’s suicide. No, Mandy was merely a rather typical teenage bitch, a ‘mean girl’, with a sarcasm/intelligence ratio of around 10:1.

At certain times in science class, Mandy, bored of talking to her plentiful friends, would swan over to the table at where I sat, and, crouching beside me, commence to taunting me with a kind of softly-spoken mock-friendliness. She would enquire after my mood and my health, how my day was going, etc. All of these questions were dripping quite obviously with insincerity. Mandy didn’t want me to believe she was actually being friendly. She just wanted to see me uncomfortable. And she achieved this.

After this introductory charade Mandy would then begin to ask explicitly nasty questions; things like, “Does it bother you that people don’t like you?” and “Why don’t you make an effort at anything? Do you not care about failing?”.

It was always this second wave of taunts that stirred something awake inside my imagination. I would quickly feel my discomfort melt away, replaced with a queer sense of exhilaration and excitement. I would unfailingly develop an erection, one so obvious and full-blooded that I was often forced to adjust my posture to obscure it. And the more she degraded me, the deeper the pleasure seem to penetrate. Mandy was, the reader should be aware, a very attractive girl. She had (and to my knowledge still has) skin as pale as chalk and thick full lips. Her backside was very large in proportion to her waist and, along with her trunky thighs, would wobble and ripple the fabric of her skin-tight black leggings whenever she took a step forward or back.

The combination of opposite factors involved in this routine – beauty with cruelty, feline grace with canine spitefulness, stupidity (she wasn’t the brightest button in the drawer) with the confident expression of superiority – was the purest opium to my senses. I wanted to encourage her, to tempt her into becoming still crueller, still happier in her cruelty.

But it rarely lasted long. Mandy quickly grew tired of me, just as she had long ago grown tired of her friends and of everything else in her life. She was like that; a very teenage teenager. But I never could forget the feelings she aroused in me. And soon enough I began to notice these same sensations in other situations and environments. I noticed them when my English teacher (we’ll call her Ms Williams) kept me behind for talking in class. I noticed them when a thuggish girl from an upper year gave me a dead leg outside the English mobiles. And after a while I saw fit to construct a philosophical context for these feelings. Women were not like men, I decided. Women were holy beings, imbued with infinite power and splendidly unjustified (I will explain this) authority.

In my mathematics class I was particularly interested in a girl named ‘Linda’. Linda was fairly unattractive, all things considered; chubby and short and unintelligent. But in my mind I made her into a goddess, one to whom bizarre tributes and sacrifices were regularly due. Whenever Linda rose from her seat in class, for example, I decided I was obligated to hold my breath until she sat down again. If she took a full minute to sharpen her pencil over at the waste paper bin, then for a full minute I was not allowed (by her divine law) to inhale or exhale oxygen; a sacrificial gesture, I imagined, that was a natural and appropriate acknowledgement of the glory of her chubby, youth-blushed thighs, which I would gawp at intensely, excitedly, as my face grew redder and redder.

Outside of school, and in all areas of my teenage life, these thoughts became ever more common and expected and understood. I was no longer shocked or mystified by them. They were an accepted, even integral, part of my personality. I was a masochist. I wanted women to abuse and control and degrade me. I wanted them to do unhygienic things to me, to relieve themselves on me, spit on me, etc. This grew steadily into an obsession.

But why? Why do such feelings develop in a rational – or any rate non-psychotic – individual? I began this post by conceding that I could not hope to supply a definite answer to this question. I will now try instead to do what may be the next best thing; to explain just what these feelings are; what they consist of; what it is exactly I am so excited by. That is a question I do feel I am qualified to answer.

What I am most attracted to and excited by is injustice.

For me, a masochistic fantasy will not typically involve a scenario in which a naturally stronger, superior being dominates and controls a naturally weaker, inferior being. This is not an exciting scenario to me because it is not unjust. It is natural; as natural and boring as rainwater. A six foot tall, musclebound neuroscientist dominating and controlling a weak, spindly imbecile is not arousing to me because it seems right. It seems justifiable. And it is in the injustice of a situation that the salt and citrus of my masochism, the thrill of it, is to be found.

One of the pleasures I feel in being dominated by a woman is rooted in (what feels for me) the ineradicable attitude men are socialised to have of gender superiority. In the “natural” scheme of things, men dominate and control women because we are physiologically designed to be (on average) stronger than they are. A woman holding power over a man is thus, to my male imagination, thrillingly perverse in itself.

Intelligence is another important factor in forming an injustice of rank. (I am not insinuating, incidentally, that there are gender differences in this. And if there are, it is surely to the female advantage).

One of my most favourite fantasies has me as the intelligent well-spoken houseboy of some drawling, idiotic English heiress. It is vital to the fantasy that the heiress is idiotic. It is vital that the natural hierarchy of humanity is violated in some way by our relationship. I must be made to submit to something ugly and unfair. And the pleasures of submission become all the more intense the more I reflect on the flaws (physical and intellectual) of my dominator.

Of course, this is not to say that my masochism only operates in this way. I have been often attracted to the idea of being abused and controlled by a woman who is my equal or superior. It is just that these fantasies are more difficult to intensify in the imagination, due to the absence of obvious flaws, bruises, scars, tattoos, inferiorities, etc.

Where uncommon flaws do not exist in the bearer of authority or object of worship, one is naturally compelled to seek out those imperfections which are universal parts of the human condition. Even beautiful and intelligent women have unpleasant body odours from time to time. Even the most impressive and glamourous women have dirt on the bottom of their shoes. And it is sometimes enough to simply reflect on these aspects, even if one cannot deliberately expose oneself to them, to make the worship of our Goddess seem more unjustified than it is.

All that matters ultimately is that I am compelled to submit to or worship someone or something objectively unworthy of my obedience or praise. Objectively good qualities (hygiene, prettiness, kindness, humility, sophistication) are never desired, only tolerated. I can get over them only if I can find (or imagine) something to cancel them out. I don’t want to revere a beautiful woman’s beauty. I want to revere or submit to something about her than is unworthy of my allegiance; her flaws, bruises, idiocies, unjustified arrogance or authority.

So there is a brief and no doubt thoroughly inadequate introduction to my private perversion. I hope the reader did not find it too boring.

Let me close this post by saying that I have never once regretted or bemoaned my condition. On the contrary, I enjoy being a masochist. Truly. It is a big part of who I am. And I would not want to be any other way.

Got a story you’d like to share? We’d love to hear from you. Check out our submissions page. 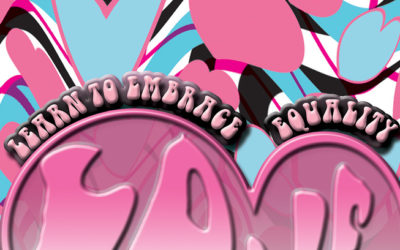 We review Jillian Keenan’s memoir on Shakespeare, love, and spanking: a story not just for kinksters and fetishists, but for everyone. 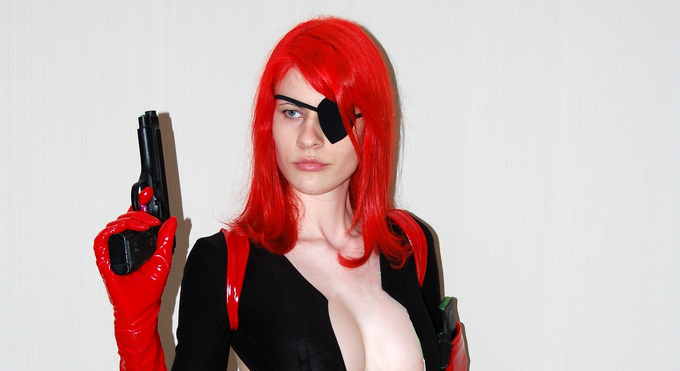 The power in sex