The other day a friend asked why I thought it was socially acceptable for women of any orientation to flirt and compliment freely, but the same liberty is not afforded straight men. ‘Females can be more overt, and it’s seen as cute or flattering. Men do it, and it’s creepy.’ My first response was to say that’s because men are creepy. How many times have I been sent unsolicited dick pics with a ‘hey babe wot u up to?’, ‘damn your fine!!!’ or this latest gem, ‘im sick nurse’ – too sick to reach the shift and apostrophe keys, apparently. Then there are those guys who respond to every single post or every single tweet, even conversations with others that don’t involve them in any way. I remember once receiving a tweet from a guy who said he wanted to join me and my friends for dinner. Um. Do I know you? Do my friends know you? Why would you want to come for dinner at my house? Maybe he meant it in jest, but after his persistent uninvited replies, it felt more than a little creepy. I don’t use the block button lightly, but when it seems like someone is sitting, waiting for me to make a move so they can pounce on it, even when their words are not overtly sexual, I find my mouse hovering over the only certain way I have to make them stop. Some of my female friends are not so forgiving and block anyone whose messages are unwelcome. Well, any male.

And that’s the crux. Females seem to enjoy flirting with one another online, sending each other ‘selfies’ in our lingerie, and it is all taken as friendly flattery, even between women who are same-sex attracted. I have had women jump on my every post, reply that they want to join my activities with other people, and while I find it annoying at times, it has not stirred the hairs on my neck as it would have if it had come from a guy. Unless I know that a woman is same-sex attracted, and indicates that she is hitting on me, I assume that any flirtatiousness is benign. My default position for men is the reverse. Unless I know them well enough to understand their intentions, I assume they are hitting on me; and when their approaches are clumsy, inappropriate, or they miss cues of being unwanted, they tend to come across as creepy. At least one guy I know has been on the other side of this disparity, being blocked and unfriended for trying to pay compliments and failing – someone I know isn’t creepy at all.

Why is it okay for women to behave in this way, but not men? Why do we picture guys typing ‘dat ass’ with their only free hand but not when the same comment comes from a woman? I can’t say it’s always the words or actions themselves, because often the same words evoke a different response. When it happens online without body language to convey intent, the response can only come from the meaning we attribute to it. So what is that meaning and where does it come from?

On the occasions I have felt creeped out, put off, or even frightened by male attention, my response has stemmed from fear of the unknown (I don’t know this person well enough to have established trust and so I don’t know how to take their words), uncertainty of intention (I don’t know if this person is friend-flirting or looking for more), and/or a sense that this attention poses a potential threat (I don’t know what this person is capable of, so I don’t feel comfortable accepting their attention), feelings that repeated contact heighten, and that inevitably lead to the ‘block’ button.

My response also embodies an underlying assumption that men are predators, sexual aggressors who can potentially hurt me physically. Unless a woman has displayed threatening behaviour, if she contacts me repeatedly, sends pictures, or compliments, I don’t assume I am in danger. For men, the reverse is true: unless a male has demonstrated that he is not threatening, or he has established a personal relationship and developed some degree of trust, I tend to assume the worst.

This is further complicated when we teach women to deflect, be demure, and avoid confrontation. Rather than tell a man directly that she is not interested or does not want his attentions, a woman is likely to side-step, ignore or make a joke when a man pays her attention. The man, who does not know how she has received him, is likely to persist. Perhaps his intentions were actually benign and so he sees no reason to stop. I think of my male friend who is one of the least violent or creepy people I know: ‘Everyone else was interacting that way,’ he told me, ‘but when I did it, I got blocked.’ Did the recipient wonder what his motives were and of what he was capable? How would she have responded if she knew him as I do, or if he had been a woman? He was behaving in a way he thought would make him fit in; instead he inadvertently crossed the Creepy Line and paid the price.

I agree there is a double standard, one that reflects a cultural bias. Perhaps the real creeps who trawl the internet and contact strangers with one hand stuffed down their pants are spoiling it for those whose intentions are benign, but I don’t see the situation shifting any time soon. It’s too deeply rooted. Until then, unless a man knows a woman well, has established trust and proved non-threatening, he risks his compliments being shunned by wary women who are likely evaluating the level of threat, perceived or otherwise. 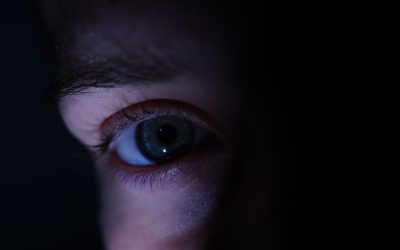 Rhonda explores her journey coming out as bisexual.