Over the years I have observed a disturbing (and hopeless) trend of single people trying to ‘rescue’ potential mates. The literature refers to this as being a ‘White Knight’ or having ‘White Knight Syndrome’.

White Knights long to feel needed, to help and to solve. They approach relationships from the position of trying to be a hero who rescues their potential partner(s). Their ‘Damsels’ or ‘Princesses’ are typically people the White Knight sees as vulnerable and needy, individuals they can ‘save’.

Plenty has been written about White Knight Syndrome in psychological circles and in feminist discourse already. I’d like to focus here on how being a White Knight fails as a dating strategy, perpetuates problematic relationship dynamics, and ultimately stifles the self-worth and emotional growth of both parties.

The need to be ‘liked’

The typical White Knight goes above and beyond to offer support, to fix problems, to lend a sympathetic ear. They put everyone else’s needs ahead of their own. This should (and can) be a positive trait. But there’s a catch.

This ‘altruism’ stems not from a genuine desire to help others. The White Knight rescues and supports so they will be liked in return.

This is not necessarily an intentional strategy. Many White Knights aren’t aware of their motivation. They are simply driven to help, to rescue, to be ‘nice,’ unconsciously craving the positive returns. It’s a strategy learned in childhood, and one society rewards.

Needing to be ‘nice’ can be toxic

Being a hero, sacrificing your needs for the needs of others, can lead to an unhealthy imbalance in relationships. When you give and give and give some more, your interactions can start to feel lopsided. Resentment creeps in. You can feel taken for granted. Moreover, when you fail to set boundaries, you deplete yourself.

Self-sacrifice, when motivated by approval-seeking, lays a foundation of obligation. Even when you offer your service, your time, yourself, voluntarily, you are unconsciously creating an emotional debt.

In its most toxic form, this sense of obligation is experienced as entitlement – the basis of every Nice GuyTM meltdown.

Let’s look at a typical example

The Damsel in this archetypal model finds herself crying on the shoulder of her good friend, the White Knight. The Bad Guy she has been seeing has treated her poorly. The White Knight supports and counsels the Damsel, all the while considering her a prospective mate, patiently waiting for her to realise that he is better and nicer than Bad Guy. That she should choose him.

Damsel appreciates the support of her friend, White Knight, but has no interest in him as a prospective mate. She is not even considering him in those terms. They are friends. She values his friendship and his service to her — the role he plays in her life.

White Knight flips his lid. He did EVERYTHING for Damsel. Why can’t she see how much of a Nice GuyTM he is? Why has she taken him for granted?

In the ‘typical’ story, the White Knight turns on his Damsel. She’s just like all the other Bitches, who only like Bad Guys, who can’t see the true value of a Nice Guy, such as himself. He feels entitled to her affection, her interest. Like a car salesman pressuring a customer to purchase a car because he has ‘worked hard’ for the sale. She owes him.

The same scenario can play out within a relationship, where the White Knight is constantly self-sacrificing and feels their partner owes loyalty and affection.

In fragile/toxic masculinity discourse, where the expected return on investment is sex, it is this sense of entitlement and resentment that transforms Nice Guys into Pick up Artists – a slippery slope that inevitably produces full-blown MRAs (Male Rights Activists).

Within the Nice Guy TM discourse, the White Knight’s behaviour is viewed as dishonest. He misrepresented himself and his intentions. He was not seeking friendship — he was seeking a sexual reward for his service, his sacrifice. The object of his desires is then vilified for not providing the expected reward, despite having no awareness of Nice Guy’s intention and concealed obligation.

But White Knighting isn’t necessarily about being ‘rewarded’ with sex. It’s about needing approval, to be validated, to be liked if not loved. I serve so you will see and validate my worth.

In all cases, the mating strategy fails. The relationship is not balanced. It is not mutual. White Knight and Damsel are not meeting as equals. They are not even meeting as whole people, which I’ll explore next.

It objectifies you and them

When you approach a relationship from the position of a role, an archetype – Hero/Damsel, Knight/Princess – you rob both parties of their personhood. You’re not seeing them as a whole, multidimensional complex human. You are seeing them as fulfilling a need – your need to be needed. They are the supporting role to your hero.

Conversely, by playing the hero, you ensure your damsel never sees you as a whole, multidimensional complex human. Presenting yourself as a role means the role is all they will ever see. You ‘friendzone’ (‘herozone’) yourself. How can you ever get to know one another, truly?

Their neediness helped you feel strong, to feel worthy. It follows then, that you may be unconsciously motivated to maintain that dynamic, stifling their growth, but also yours. How can you show yourself to be vulnerable, to have your own needs, without threatening your role? Conversely, how can they display strength or independence without threatening theirs?

The roles depend on one another and don’t allow you to be anything else. Not seeing them (and you) as multidimensional and complex, means your idealisation of them (and of you, in your role as a hero) can readily crumble (more on that later).

White Knighting infantilises the people you are supposedly trying to help. It positions you as superior to them. You know better. They need your protection.

Where is the dignity, the autonomy, the respect, in that?

I’m not saying don’t be there for someone when they are in need. And absolutely speak up if you see someone being mistreated, but don’t make that dynamic the basis of your relationship. If you do, you will only ever be those roles to one another. You trap one another in a dynamic, a script, rather than a relationship where you can adapt and grow.

What happens when your damsel outgrows their role? If they overcome their challenges, heal old wounds and traumas, and no longer require a knight? Your sense of being needed falters, and with it, your relationship, your identity. Which brings me to the final point…

White Knights believe they have nothing else to offer

The piece that is often not acknowledged in feminist discourse is that rescuing props up the White Knight’s self-concept as a ‘nice person’. We like to see ourselves as nice, and we like nice people. It makes everyone feel good. To a point.

The hard truth that sits beneath most White Knight behaviour is low self-worth. If you set out from the position of needing to fulfil a role, because being needed is the only way you feel seen, acknowledged, worthy, then it’s time to look at how you view yourself.

You are more than a service, a role. You are a person. And you have an entire personality to bring to a relationship. If you only ever approach from the need to be needed, what happens when you’re not needed anymore?

If someone is seeking a partner who is an equal, who challenges them, who encourages their growth, who they can challenge and help grow, they will not consider a White Knight. Because all that a White Knight has to offer is rescue and support.

Start believing you have more to offer and you will. Start putting your whole self forward and your whole self will be seen. Establish healthy boundaries. Set realistic limits. You deserve more. And so do they. 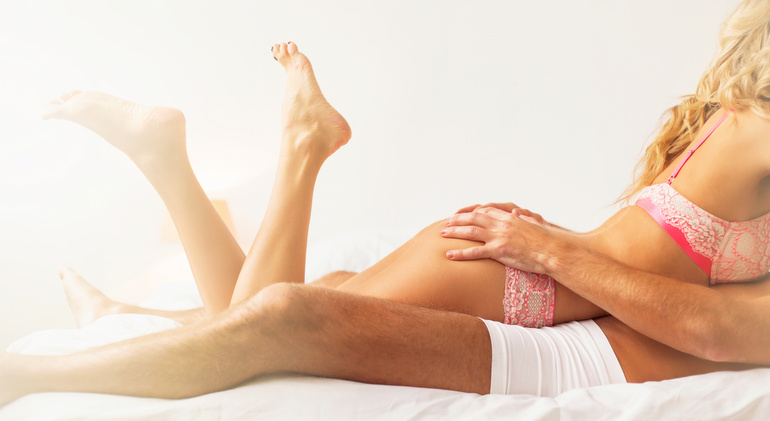 In the heat of the moment

Negotiating safe sex should be straightforward. But when those involved fear rejection and judgement, when we associate asking for a condom with calling someone ‘dirty’, when we are socialised to defer to others, it gets complicated.