What is Strike Up A Chat?

Strike Up A Chat is a social interaction initiative designed to help women and men reconnect in person. Creator, Melbournian Natalie Swedosh hopes that through striking up a chat with a complete stranger, we will rekindle the art of conversation and foster respect and connection between men and women. Her vision is to create a global epidemic of spontaneous chats to enrich people’s lives and instigate social change.

Strike Up a Chat involves randomly selecting men (initially) aged 18 to 80, from different cultural backgrounds, places and suburbs, to chat with about how they are finding face-to-face communication with females.

‘I’m interested in knowing if the men I speak with have approached a female for a chat when they have been out, what their intention was and how it was received,’ Swedosh said.

Swedosh opens the conversation using a calling card that briefly explains the social experiment. ‘The first response I always get is suspicion and distrust: what am I trying to sell? Am I a religious nut, or just crazy? Then I show them the card. They read it, realise I don’t want anything from them, and visibly relax.’ She added, ‘Then I can relax, too!’

These chats often explore topics such as the high suicide rates for males and high domestic abuse rates for females, and what we might do to address and reduce these.

In the process, Swedosh hopes to spread a few seeds and grow awareness about how we are all affected by society’s expectation and unwritten rules about gender roles – how we should act, what we should think and feel.

‘The most significant seed will be the notion that males and females need each other,’ she said. ‘We need to connect with mutual respect for our differences, and from that baseline open a new conversation about what we can do together to make this life joyful and productive for everyone.’

In line with the initiative’s goal of bridging the gap between men and women, Swedosh chose to reach out to men first. ‘I’m always talking with my female friends, but I don’t often get to hear from my male friends on these kinds of topics. I’m interested to hear what men have to say about our society — probably most of them never get asked.’

Swedosh said she is curious to see the different responses she gets once she expands her conversations to men and women. How did Strike Up A Chat come about?

For some time, Swedosh had been lamenting the lack of conversation and connection between men and women and the alarming trend for people to spend more time on their phones than engaged with the people around them. Swedosh feels the less we connect with people in real life, the more silo-ed, polarised and cliquey we become, with less community and inclusiveness.

‘Catching the morning train into the CBD, no one talks. Everyone has their mobile phones out. I find it so bizarre that people stand centimetres away from each other, so close you can hear their breathing, yet everyone pretends no one else is there,’ she said. ‘It’s actually a real challenge to get a conversation out of someone, yet there’s so much loneliness.’

Recently, Swedosh delved a little deeper into the literature on domestic violence through her tertiary studies and volunteer work for the Women’s Information and Referral Exchange Inc. (WIRE) in Melbourne, Australia, which helps provide women with information, support and referrals. ‘It really got me thinking about men and women, masculine and feminine, and how estranged we are in our society. I was already aware through my Facebook feed of how isolated men have been, particularly from having direct involvement in the #metoo movement. I noticed how often when men commented on any of the feeds, women tended to shoot them down.’ She began to ponder how in this fractured cultural divide we could all become involved in creating change.

‘Domestic violence affects everyone, directly, or indirectly,’ she said. ‘It costs the government billions of dollars each year in welfare, healthcare, and legal assistance, not to mention the impact on children who witness domestic violence, and carry that trauma with them throughout their lives, ultimately affecting their children in an endless cycle.’

She said all of this was percolating in the back of her mind, as she grew more and more aware of how difficult it is to simply have a conversation with the men she encounters. ‘As a single, cis-gendered female, I can go out any night of the week in my fantastic dynamic city of Melbourne, dressed nicely, having really good energy about me, and yet the only guys who approach me are really drunk and falling over themselves!’

Swedosh used to think that was normal until she visited the US. ‘It was such a contrast going out there, even going to the bookshop or a supermarket, where guys would think I looked interesting and want to know more about me. Sure, some were looking for a hook-up, but not all of them. I had some really great chats with men there.’

Swedosh said she started to think about our culture, and what stops men approaching women here in Australia. ‘I talked to some male friends, and they described their experiences talking to women and being treated like a psycho killer or a sleazebag.’ She said they were instantly shut down, regardless of their intention. ‘It made them stop approaching women, made them suspicious. Then I thought about women and how angry, resentful and suspicious they are toward men, from having so many shitty experiences, from men not taking “no” for an answer, men who are full-on and pushy or just dickheads.’

When you look at events in the news and individual experiences of abuse and gender inequality, Swedosh said it is clear to see why women have reacted this way. ‘Instead of that anger being directed at the patriarchal system we’re all affected by, many women lash out at men in general, which pushes away guys who actually give a shit.’

Swedosh said, ‘I think it’s sad we’re losing the art of spontaneously striking up a chat, and sad that a lot of great guys are having to pay for the negative experiences of sleazy, disrespectful guys, just by virtue of being a male.’

She points to the grim statistics that expose the gender divide and epidemic of disconnection in our society. ‘Seven men will kill themselves every week in Australia,’ she said. ‘Usually, the people around them say they didn’t even know they were depressed.’ At the same time, she cites statistics from White Ribbon, that 98% of domestic violence is perpetrated by men against women, with two women murdered by a partner every week. ‘We have an epidemic of depression and anxiety, of domestic violence and suicidality. What’s at the core of that?’

Swedosh believes the answer lies in mutual respect. ‘The bottom line is, men and women really need each other, and if there were mutual respect and healthy communication between men and women, there would be better parenting, less violence against women, less loneliness and isolation, less feeling alone and unheard—not held,’ she said. ‘And if you respect others, you’ll feel nurtured and respected too.’

Swedosh began to wonder how to bring men into the conversation a little bit more. ‘Change always starts with a conversation,’ she said. ‘We’re never going to see the change we want for women without men becoming actively involved.’

It was also clear the conversation had to move beyond the virtual online world, and involve person-to-person interaction. ‘There’s something quite magical about connecting in person, the nourishing ineffable quality that seems to arise between men and women—it’s mutually rewarding,’ she said. That’s when she got the idea for Strike Up A Chat.

How has Strike Up A Chat been received?

So far, Swedosh’s experiences on the street have all been positive. ‘I’ve been steeling myself for knockbacks, but so far the men have been receptive and delighted to be included in this conversation. A big part of that has been because I’ve shut up and let them speak,’ she said. Another challenge has been finding men who aren’t too engrossed with their phones to respond, but she has pushed through, with success.

‘Sometimes I’ve walked away from those chats feeling so nourished and energised from the sharing of thoughts and ideas, especially the conversations around what we can we all do, not just men, not just women, but everyone. It makes me feel like I’m part of something much bigger,’ she said.

The men Swedosh spoke to described finding women intimidating to approach. Now that Swedosh has had to overcome her own social awkwardness to strike up a chat, she can relate. ‘It’s been interesting to experience what it must be like for guys approaching a woman they don’t know,’ she said. ‘It’s really helped to grow me as a human being, and it’s making me like men even more.’

Beyond the participants, Swedosh has had mostly positive responses on her page where she has been documenting her experiences. ‘It’s amazing how many people have commented on my posts – particularly men who’ve never really spoken to me about these topics,’ she said. ‘It’s been really nice to hear the stories of men, to hear them speak up on how they feel about these issues; how they feel women have withdrawn from them.’

‘I’ve encountered a few women assuming guys would think I was trying to crack onto them or that someone would be sleazy to me, but I haven’t had that at all,’ she said. ‘This is not a prelude to seduction or dating. Having said that, how lovely would it be if you did meet the love of your life, or just made a fantastic friend through striking up a chat!’

Swedosh has found the entire project enriching. ‘It has been so rewarding. I would love to be creating this kind of community full time.’

How can I get involved?

So far, Swedosh has been flying solo in her Strike Up A Chat efforts, but she hopes the movement will spread. ‘I wanted to try it by myself first, to test the water, and to establish some communication guidelines about active listening and being respectful, even when someone’s point of view is different to yours or you don’t agree with them,’ she said.

She hopes as she documents her experiences more people will get involved, including all genders and identities. ‘Whatever community you’re in, everyone is invited,’ Swedosh said.

A key component is to communicate with someone you wouldn’t normally. ‘Learn, inspire, educate and connect. It’s not about speaking, it’s about listening,’ she said. ‘I hope together we form an epidemic of people respectfully communicating with each other instead of with our phones,’ she said. ‘I want this to go viral. I want to look up across the train and see people laughing and connecting, and stamp out isolation and exclusivity.’

Get involved in Strike Up A Chat by contacting Natalie through her Facebook page, where she can chat to you about some basic guidelines for effectively and respectfully striking up a chat.

Natalie Swedosh is a counsellor and clinical hypnotherapist from HeartMind Illumination. She regularly hosts group meditations and workshops to enhance wellbeing and build community. 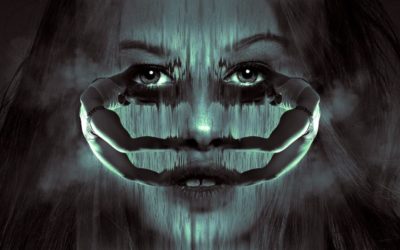 Rhonda Perky examines how everyday paternalism shifts accountability, and asks: ‘What makes us uncomfortable? Whose behaviour is really the problem? Where does the accountability lie?’